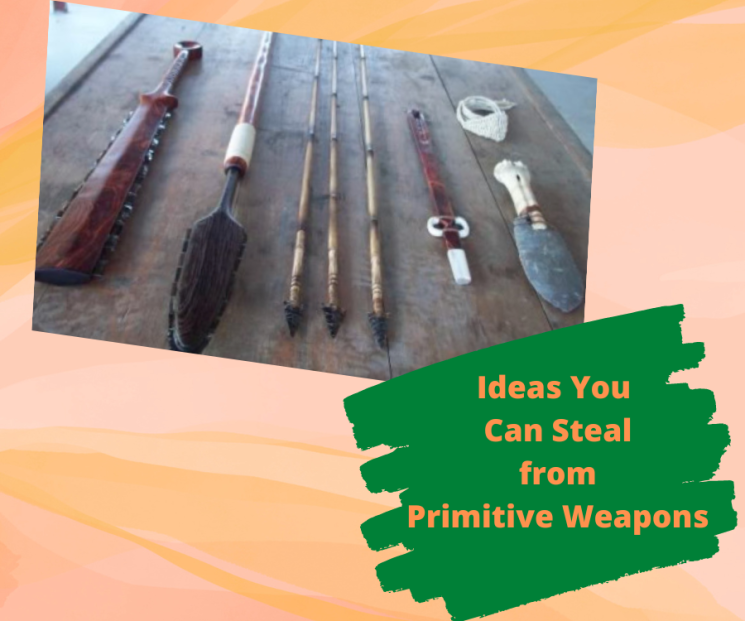 A weapon is any device used with the intent to inflict damage or harm to a living being, structure, or system. In a broader context, weapons may be construed to include anything used to gain a strategic, material or mental advantage over an adversary. In a survival situation, will you be prepared to defend yourself? Lets take a look at how our ancestors used the resources available around them to survive.

Seems simple I know, but a large stack of rocks and a vantage point to throw from can be an effective deterrent for whatever situation you are in. 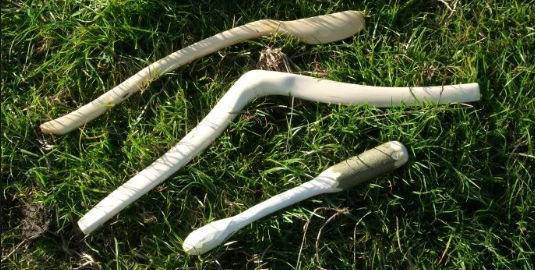 A throwing stick can be an effective way to keep an intruder at bay, but remember like rocks, you have to have a stock pile of them because once you throw the stick, you’re out of sticks! A large supply of the right size, should protect you for some time.

In modern times, a baseball bat is comparable to what used to be used and can be modified with spikes, etc to increase its impact. But in the wild the right size stick, rock, and leather tie can be just as dangerous. 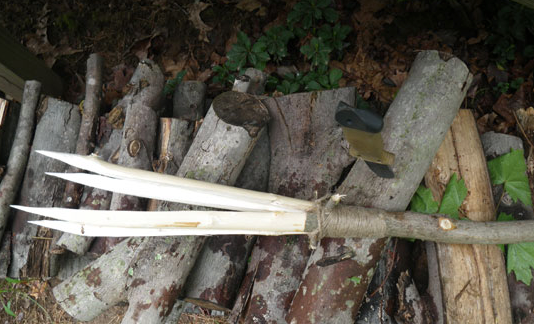 Spears have been used throughout history to defend man from wildlife and in battle. Spears are still used in many cultures to hunt big game, but depending on what you are after it may take more then one person with a spear to successfully take down a large predator. There are many different options for spears from simply long shafts with a sharpened point to dowels outfitted with sharpened rocks or steel.

An atlatl, or commonly called a spear thrower, is a revolutionary invention from early history. Although tricky to use at first, with a little practice it can add quite a bit of velocity to a hand held weapon. The atlatl adds speed and distance to the flight of a thrown spear or arrow. Today there are clubs and organizations based around this ancient weapon, and some states even allow hunting seasons to take game like deer with them. Thunderbird Atlatl build some of the best, if you want to learn more. 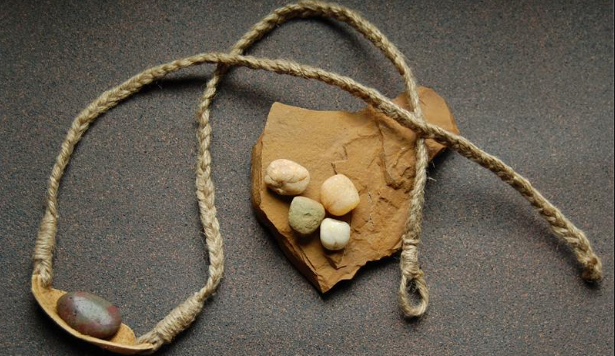 Slings have been used to hunt small game as well as in combat. Throughout history shepherds have been trained to use slings to protect livestock, namely sheep, from predators. In the hands of a skilled person, a sling is a devastating weapon.

A bola is thrown by hand, like a sling, except instead of a rock becoming a projectile, the entire bola becomes the projectile. It takes practice to master the skill, like many of these primitive weapon choices, but the goal with a bola is to entangle your targets legs in order to subdue it. It consists of three weights attached to a center point, and one weight is held while the other two are slung overhead in lasso fashion and then released to try and entangle the opponent.

Proven as an exceptional weapon for both hunting and combat. It can be created using natural materials, and with practice is a powerful weapon to have in your skill set.

There are many other types of weaponry from our past that can be used to defend and survive, but now you’re familiar with a few of our favorites. Be sure to check back in, as we go through an highlight these weapons and show you how to make them yourself!Good luck out there!